Summary
Ever been confused about the difference between IOPS and throughput? Why the pundits are saying "RAID5 is dead"? Or how various RAID topologies work? Come to the TriLUG meeting August 9th, and Jim Salter will cover performance, redundancy, and storage efficiency for all sorts of storage topologies, along with how you'd measure them and why you'd care. We'll start out simple with a single disk, then move onwards and upwards through traditional RAID configurations, and then move on to ZFS and btrfs. Wear your nerd hat, and if you have questions, be ready to ask 'em. 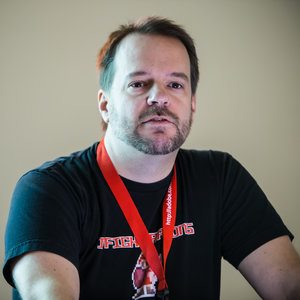 (@jrssnet) is an author, mercenary sysadmin, and father of three—not necessarily in that order. He got his first real taste of open source by running Apache on his very own dedicated FreeBSD 3.1 server back in 1999, and he’s been a fierce advocate of FOSS ever since. He’s the author of the Sanoid hyperconverged infrastructure project. He writes for Ars Technica on everything from NAS distribution tools to next-gen filesystems to Wi-Fi, and reviews Wi-Fi mesh, routers, and other devices for the Wirecutter.