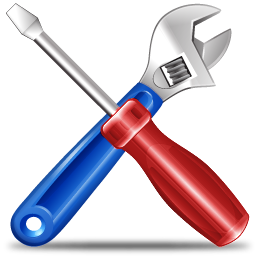 Topic: Workshop on Un-Meeting Topics, and Backups for pilot When: Thursday, 19th February 2015, 7pm - 9pm Where: #trilug-sys, on freenode

NOTE: ONLINE ONLY (due to weather / street conditions)

Our primary infrastructure objective for this month's hack night will be setting up backups for pilot; we would love to get your help on it!

There is a TriLUG channel on the Freenode IRC chat server. You can join the IRC using an IRC Client or using the web client below. 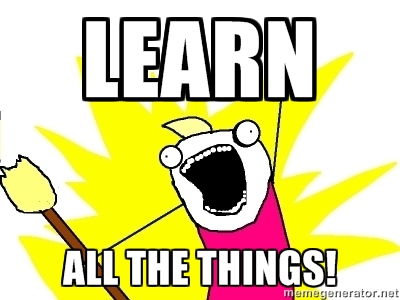 Overview: In the fine tradition of the BarCamp Un-Conferences, we're having an Un-Meeting!

BarCamps ... are open, participatory workshop-events, the content of which is provided by participants. - Wikipedia

We are looking to have a handful of topics (suggestion form below), each of which should be well suited for a 10-15 minute mini-panel. On the night of the meeting, there will be print outs of each suggestion, with space to place a mark for whether you have something to say about it, or want to learn about it - or both. You can also sign up to be the "driver" for the topic. We will then pick the most popular topics to go through in sequence, doing a group demo/panel on each.

The driver for each topic will be the "hands on the keyboard" and kick things off by showcasing some tip, trick, best practice, etc on that topic. Each of the other panel members can then share their own favorite points, and we'll end each topic with some brief Q&A from the audience.

Topic Suggestions: Propose a topic you're interested in. Pick something that will lend itself well to discussion, and is narrow enough to be one of a handful for the evening. Submit your idea via the Suggestion Form.

Bio: Our speaker this month is you! This is meant to be a highly participatory event. Vote for topics you find interesting enough that you want to actively contribute to the dialog about them. Ask questions, give us your favorite tips and tricks, etc.

Source for the original version of the "Learn All The Things!" image: Hyperbole and a Half

Join us for a workshop on the Vim Editor or work on improving the TriLUG Infrastructure (webpages, services, etc).

Synopsis: I spend a large fraction of my time editing text, and am always on the lookout for things that will make the experience more enjoyable. In this talk, we will take a tour of the vim editor from how to use it and straight forward configuration options to arbitrary programming and scripting. While investigating these features, we will look at then through the lens of how they change your daily editing lives. There are, of course, other editors, and we will take a lightning tour of the other options.

Bio: Jack is a GNU/Linux administrator at Duke University. His is also a member of the Steering Committee, and is passionate about Free software, storage, and Haskell. When not thinking about computers, he cares about Catholicism, trains, and ultimate (frisbee). You are invited to the Triangle Linux Users Group's annual Holiday Social & Demo Party ! Come and socialize with other like minded Free and Open Source enthusiasts from all over the Raleigh Durham Chapel Hill area.

The party will be held in Red Hat's 8th Floor Training Room. People should gather in the Red Hat Lobby on the ground floor where they will be escorted up to the 8th floor. Free Parking is available in the Red Hat Building as long as you enter after 7pm. This parking lot has designated Accessible Parking spaces and elevators down to the main lobby. On street parking is free after 6pm.

Please RSVP using the above form so we can pre-authorize building security. This will also enable us to budget food and space. Food will be catered from Neomonde, as well as side dishes and treats contributed by our members.

We do not have permission to have alcohol at the Red Hat building, so please don't bring any.

Demos Share your passion by bringing a project or product to show off. As we get more demos we'll try to keep the list up to date! If you want some inspiration, have a look at the demos from previous years: 2013, 2012. If you would like to setup your demo early, please meet in the ground floor lobby at 6pm.

Refer back to this page to see the list of demos as they come in. 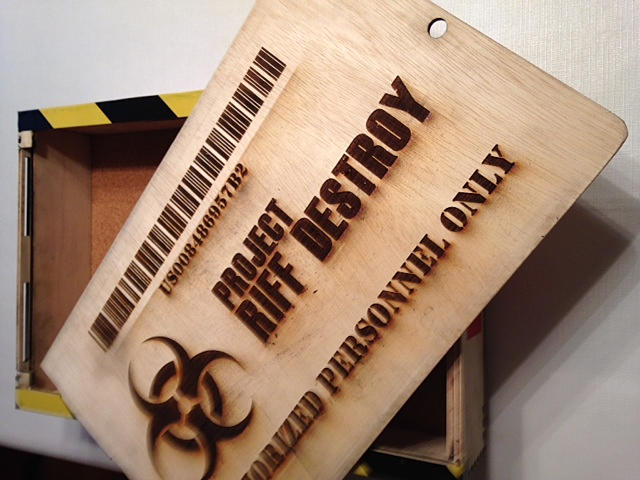 My Everyday Stuff! - Dwain Sims I will show a couple of FOSS tools on Linux that I use everyday; gpodder and SimpleScan + a great cloud service - Dropbox. This is pretty mundane stuff, but it may give you some ideas.

WebcamStudio - Bill Farrow Live video mixing, streaming, and recording. We use this software to record TriLUG presentations. The demo will show how to use multiple cameras, layering, transparency, and live streaming to Skype or Hangouts using the v4l2 loopback device driver. Developers wanted. 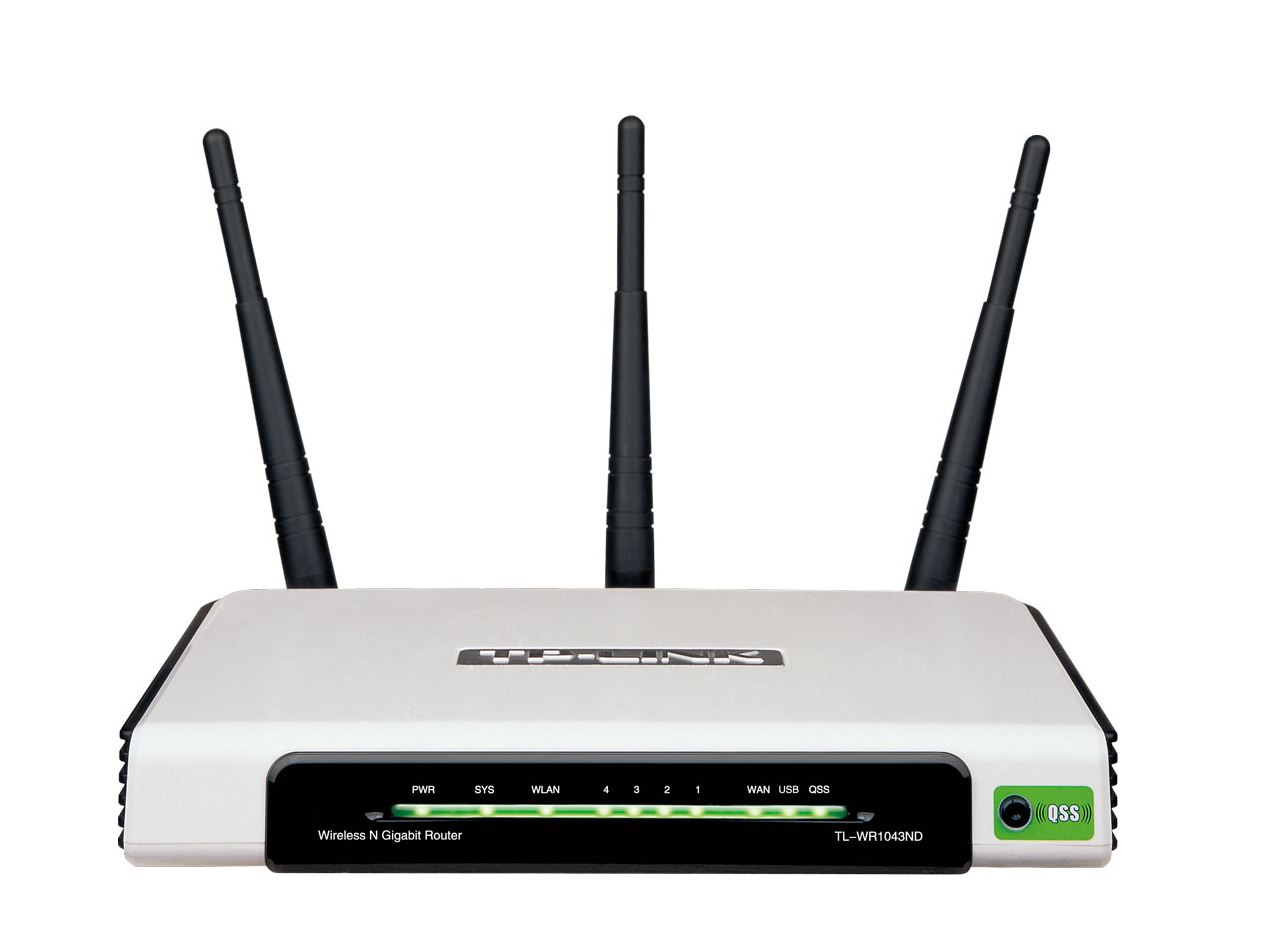 OpenWRT - Bill Farrow A live demo of OpenWRT running on a TP-Link TL-WR1043ND router, and a short demonstration of the build system that goes with it.

Chit Channel - Wes Garrison "Thermal printer that works over the 3G wireless network that allows sending ""chits"" for fulfillment, sending confirmation of receipt to a server via 3G, and notification of completion to a server. We're using it to send food order tickets to our restaurants, get confirmation that they received the order, and get notification when the food is ready without human intervention. I'd like to know if anyone has other ideas for its application outside of food (ie. this would be perfect for ordering unobtanium candle holders!)"

Synopsis: The domain of financial record keeping could greatly benefit from new open source projects that provide accounting software solutions for the small to medium enterprise. The current offerings don't fulfill contemporary requirements, are often buggy and moribund in the maintenance of the code base, or are intractable to implement without extensive commitment from third party developers.

Quickbooks Online and Xero accounting will be held up as representative targets from the commercial world that the open source community should pursue with competitive products and frameworks. The talk will delve into GnuCash and other open source offerings, showing their strengths and weaknesses in today's world.

Bio: Eric is not an accountant, he is a bookkeeper. He has been using Quickbooks for over 17 years in a wide range of industries, but he is drawn to Python and Open Source for some strange reason. I think he would prefer to give it all up and go back to theater set design, but such is life.

Apex Systems, an On Assignment company (NYSE: ASGN), provides organizations with scalable IT staffing solutions to address critical gaps in their current workforce and augment workforce management strategies. We specialize in providing IT professionals for contract, contract-to-hire, direct placement, and managed solutions to clients in Fortune 500, mid-market, and emerging companies. Our specialized technology and industry practice groups help us match the most talented and qualified technical professionals to great companies across the country. Apex was named to Inavero’s Best of StaffingTM Client lists in 2012 and 2013.

Apex and On Assignment combine to be the 2nd largest IT staffing and services firm in the U.S.

Synopsis: What is Katello and how can it help me?

Katello (http://katello.org/) is a systems lifecycle management plugin to Foreman (http://theforeman.org/), and the next-generation replacement for the very-popular Spacewalk (http://spacewalk.redhat.com/). Katello adds software and subscription management capabilities to Foreman, which itself offers configuration management and provisioning via Puppet.

Bio: Brad Buckingham is a Principal Software Enginner at Red Hat working on the Katello open source project, and previously on Spacewalk. He first began working on Linux around 1993 and since then has been developing applications to run on Linux and Unix across multiple domains (e.g data acquisition systems at NASA, telecommunications and for the enterprise).